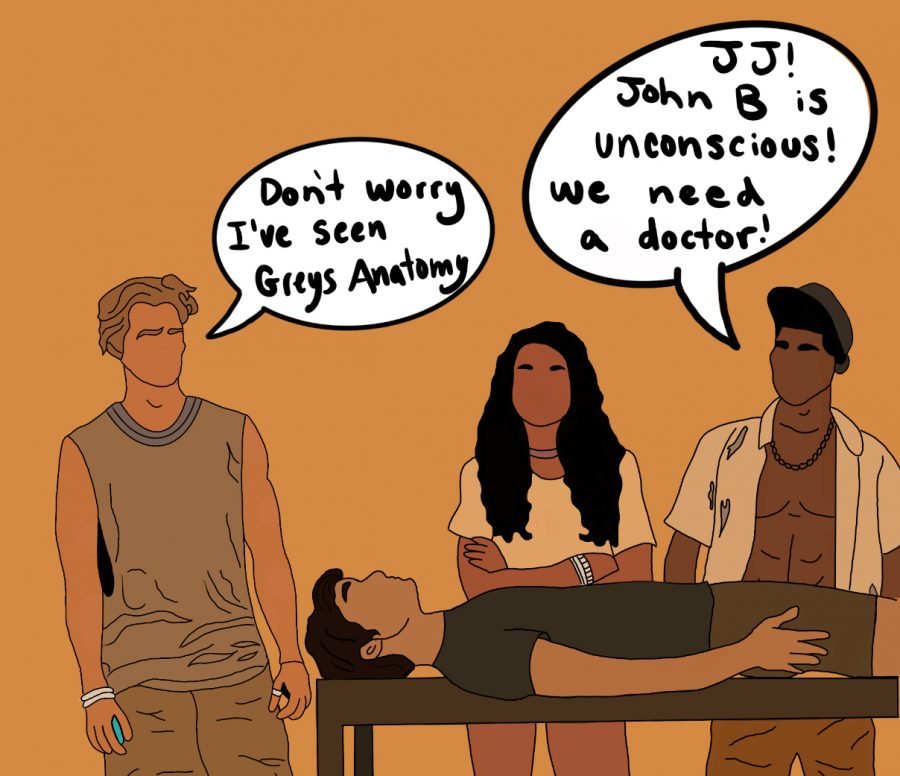 One of the most popular streaming services is Netflix provides users with past seasons of well-known cable shows, blockbuster and Oscar winning movies, as well as original shows that Netflix has produced and are exclusive to their platform. Other major streaming services that are nearly equal in popularity include Hulu, Disney+, and Amazon Prime Video. Most of these other services also contain both original and third-party content. Disney+, on the other hand, lacks a large amount of original content than the more established streaming services provide, but gives users access to many well-known favorites from companies such as Pixar, Marvel, and National Geographic. Many original programming on these various platforms have devoted followers, such as Netflix’s Stranger Things, Hulu’s The Handmaid’s Tale, Amazon Prime Video’s The Marvelous Mrs. Maisel and Disney+’s The Mandalorian. Many people have also turned watching these shows into social events, where friends will watch the same show together at the same time, calling it a “watch party.” There is a popular Google Chrome extension called “Netflix Party” that allows viewers to watch anything on Netflix at the same time as a friend (or friends) while chatting in a chat room on the side. Additionally, Hulu has recently released a beta version of their own “watch party” that acts similarly to the aforementioned Chrome extension.

For those who don’t want to pay a monthly subscription to a streaming service, there are also free services available such as YouTube and Twitch. YouTube remains the largest streaming service in the world, with nearly four times as many monthly users than Netflix. On YouTube, one can find vast arrays of content, as anyone is able to make what they want and post it. Additionally, viewers can rent movies or television shows through YouTube where the purchaser has access to the content for 30 days and then 48 hours once streaming begins. Unlike many of the paid streaming services, YouTube also has live content available. For example, LeBron James’ #GraduateTogether2020 was streamed live on both basic cable and YouTube on May 16 of this year. Another popular service for live streaming content is Twitch. Twitch is an Amazon-owned platform that is primarily used by gamers (including esport gamers) to stream live gameplay. A majority of the content on the platform is live, and there are also past live streams available to watch.

So what are MBS students watching? After interviewing many MBS students, it is safe to say their favorite streaming service seems to be Netflix. But in typical MBS fashion, there is a wide variety of what is being watched during the stay at home period. Two shows that multiple students are binging are Outer Banks, just released, and Grey’s Anatomy, currently finishing its 16th season. The variety in shows being watched by MBS students illustrates why these streaming services are so popular, as they have a vast array of content, making it so there is something for everyone to watch.