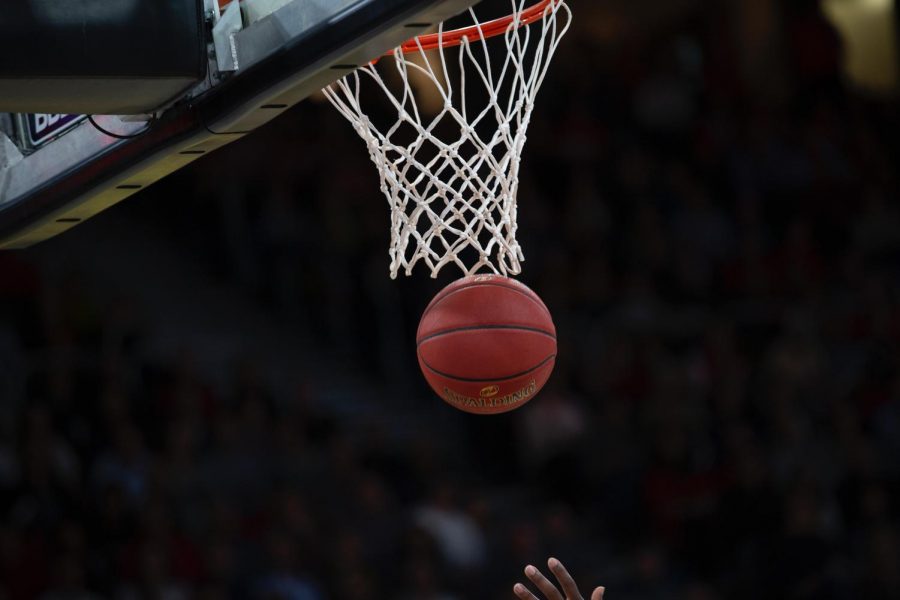 The MBS Girl’s Varsity Basketball team boasted a 13-2 record this past winter while, like many, having to navigate the challenge of playing an indoor sport during a global pandemic. The Crimson went 9-1 in their division with an impressive 46-41 win over conference favorite Morris Catholic High School in order to win the Liberty Division.

While Coach Michael Sturgeon realized the importance of having two or three players who can step up, he also noted the importance of having many capable players. He said, “we had seven or eight girls that could start for us on any given night.” This versatility gave Sturgeon a very flexible roster able to adapt to different teams’ playing styles. In addition to creating his own team strategies, Sturgeon implemented plays from other high school and college teams such as Loyola University in Chicago.

COVID-19 made it difficult for Sturgeon and his assistant coaches to scout their opponents and restricted all the players to one team, thus limiting playing time. To help motivate his players during this trying time Sturgeon said, “basketball is a microcosm for life,” preaching the importance of taking risks and attacking any goal you have with force. With stellar play and a team-oriented attitude, Sturgeon was able to help lead his team to yet another successful season.