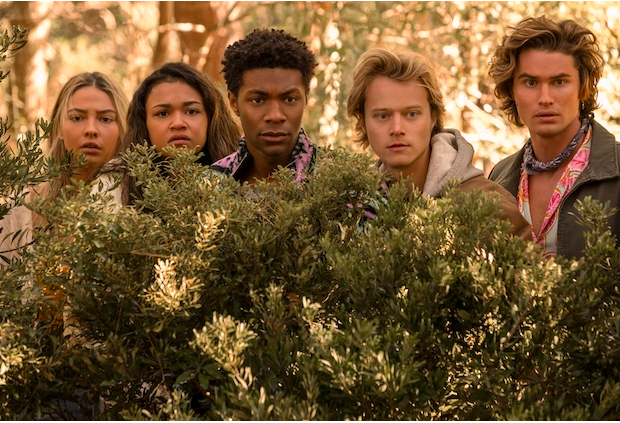 The year 2020 brought us so many difficult things – a global pandemic, super storms, and murder hornets, but Netflix’s new show Outer Banks (affectionately called OBX by its fans) was a light in the darkness. The first season, released in April 2020, gave teens something to do with all of the extra time brought on by lockdown. It was streamed so much to the point where a second season was almost guaranteed to happen.

During quarantine in the spring of 2020, social events were logging onto Netflix Party (now Teleparty) with friends and watching Outer Banks every night. Being a “Pogue” was considered so cool, and trips to the Outer Banks of North Carolina were being booked almost daily.

Season 1 left viewers with a huge cliffhanger, so it made perfect sense that all “Pogues” celebrated when Netflix annouced the the series renewal for a second season. Season 2 follows the adventure taken by John B (Chase Stokes) and Sarah (Madelyn Cline) in the Bahamas and in the OBX in efforts to find the gold and the Cross of Santo Domingo, a new treasure said to have a cloth that can heal or cure any injuries or diseases the owner has. The season is centered around Pope (Jonathan Daviss), the lone survivor of the Royal Merchant’s shipwreck and the reason the treasure even exists in the first place.

This season also brought a new villain, Limbrey, who is trying to find the cloth and the cross as well, keeping up the idea of racing to a reward similar to that in Season 1. Limbrey is played by Elizabeth Mitchell known for her role as the Snow Queen in ABC’s Once Upon a Time. Her character embodies everything a villain possesses, which makes viewers despise her like they despised Ward, the villain in the first season.

From the start, Outer Banks brought a whole new perspective to a suspenseful and mysterious show. The plot took viewers through ups, downs, twists, and turns. Writers incorporated so many curveballs, which could change the entire course of the show within minutes. Each episode left the viewer wanting more – enough to press the white button in the bottom right corner of the Netflix screen that says “Next Episode” and binge the entire season all at once. It kept fans on the edge of their seats wondering what was going to happen next. It is difficult to put into words how the show grips you to the point where your eyes are locked to the television or computer screen.

Overall, Outer Banks season 2 is a fan favorite. There was talk about the show all over social media and in-person – where do you stand: team JJ or team John B? The enthusiasm for the show only increased after its second season which, of course, ended with a huge twist making viewers want even more.

The demand for Season 3 was massive on all social media platforms. Thankfully, Netflix heard our demands and renewed it shortly after the release of Season 2. Hopefully, the questions raised at the end of Season 2 will soon be answered, but Netflix is not sharing the actual release date at this time when all “Pogues” will be reunited for another adventure in the OBX.