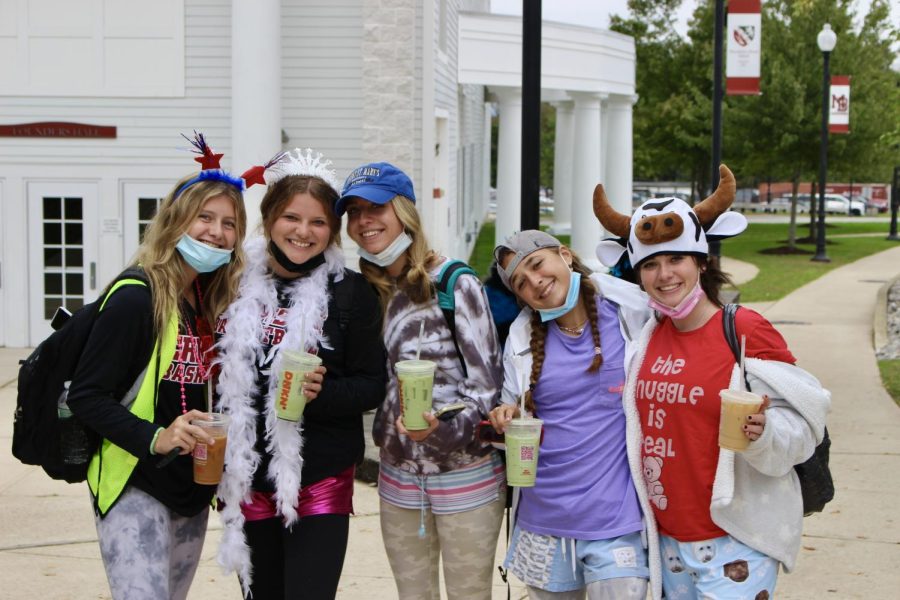 Morristown Beard School’s annual Spirit Week started on Friday October 1st for both Middle and Upper School students with the Student Government Association (SGA) Induction Ceremony. At the event, attended by students both in-person and live on YouTube, the school community was able to hear from SGA president Rafael Cruz and his executive cabinet. Then, each class president, with the exception of the freshman class, presented their class cabinets consisting of a vice president, treasurer, secretary and public relations. Following the introductions, MBS Head of School Mrs. Liz Morrison formally inducted the group on stage with an oath that promises dedication to the school within their respective roles.

On Saturday October 2nd, the football team battled Long Island Lutheran High School for Homecoming, which included their Senior Day as the first official home game of Spirit Week. Students of all grades packed the bleachers, some wearing their official Homecoming shirts for the white out theme. The energy was through the roof as the student body chanted supportive cheers throughout the game. The team was able to bring home a win with a score of 7-6. During half time, the MBS Cross County team led members of the community, of all ages, in the annual Kirby Mile while also celebrating their own Senior Day.

The school week started off with Pajama Day and a volleyball game versus The Wardlaw-Hartridge School. Again, students showed up to cheer on their peers in the main gym where the team was able to clinch a win with a score of 2-1. On Tuesday, the Crimson Crazies showed their true craziness with creative outfits including colorful leggings, hats, feather boas and animal themed onesies. The energy of the day carried into the field hockey game against Pequannock High School with a winning goal by Emma Karrat.

Wednesday was Class Color Day, where every grade got an equal opportunity to show how much school spirit they had. Freshmen wore green, sophomores wore red, juniors wore blue, and seniors wore purple. Class Color Day was an opportunity to see how dedicated each grade was to their color. It was clear that the seniors went all out for their final year of high school, wearing spirited outfits and encouraging the entire school to do so as well. That afternoon many members of the community attended the boys soccer game in their class color where all grades came together to support the Crimson.

Students had a last lick of summer as they dressed in Hawaiian shirts and leis for Beach Day on Thursday and attended an intense girls soccer game after school where the team fought hard against Pequannock High School, unfortunately lost with a final score of 0-1.

Friday brought the end of the SGA sponsored Spirit Week. It went out with a bang during Crimson Pride Day where the entire school showed off their MBS apparel.

Overall, Spirit Week was a success, and gave the whole school the opportunity to come together for the first time in a while.